The construction process for PolyNOR’s first state-of-the-art jack-up rig began in August 2013, constructed at YuiLian Dockyards Shekou by China Merchants Heavy Industry Ltd. PolyNOR also has one firm unit and one option in line to be constructed by China Merchants Heavy Industry in April 2014. The first rig is expected to be delivered on 1stSeptember 2015. Deliveries began in the third quarter 2013 and will continue through the second quarter of 2016. The total project includes designing, fabricating, constructing, building, launching, equipping, testing, completing, commissioning and delivering the rig and in the performance of the works. 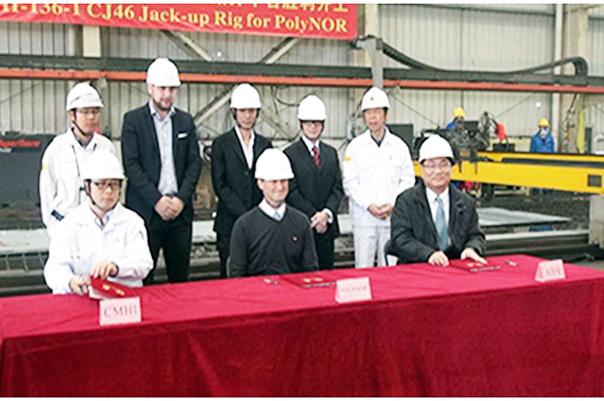 New entrant to the drilling industry Polynor Drilling Ltd. is the latest investment firm to hire a Chinese shipyard for a new build jackup. The firm placed an order with China Merchant Heavy Industry (CMHI) in May 2013 for the construction of its first jackup – Polynor #1, a GustoMSC CJ-46 X100-D (CH46). First steel was cut for the jackup in December at CMHI Shipyard in Shekou, China and delivery was scheduled for the third quarter of